The eclectic guide to comics' most memorable creators reaches U, for ASTERIX co-creator Albert Uderzo, and V, for RUNAWAYS writer Brian K Vaughan and former Image impresario Jim Valentino.
15 May 2006 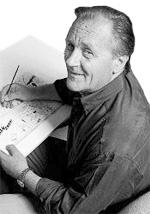 Here's an interesting dilemma; when one half of a successful partnership dies, do you carry on or do you call it a day? Albert Uderzo decided to continue, and people like me fervently wish he hadn't. Without Rene Goscinny, ASTERIX has lost a significant amount of wit and charm, and every couple of years a fresh travesty like ASTERIX AND THE FALLING SKY is inflicted upon the world.

So let's draw a line under every ASTERIX book produced after 1977 and concentrate instead on the good stuff. The great genius of the stories is their ability to appeal to a broad audience. Children enjoy the overblown slapstick of the plucky Gaul and his friends, whereas adults can appreciate the stream of puns and allusions to contemporary politics, culture, and even economics. This brand of cross-generational comedy isn't unique (THE SIMPSONS is a more recent example) but ASTERIX was certainly one of the pioneers.

The strips never lost anything in translation, either. The official English translations by Anthea Bell and Derek Hockridge added whole new elements, like naming character things like 'Geriatrix' (for the old man with a beautiful young wife) and 'Unhygenix' (for the village fishmonger). There's also the famous "My tailor is rich" gag from ASTERIX IN BRITAIN, where the stilted exchanges between the French and the British are closely modelled on the ridiculous conversations you might have had when having French/English lessons at school.

Uderzo's contribution to these strips is the equal of Goscinny - he's a brilliant character designer and responsible for a great many recurring visual gags - but he lacks the satirical genius or the refined storytelling skills of his partner. Still, we can't really blame him for continuing, especially if the demand is there. Rene Goscinny's name still appears on every new album, and doubtless his surviving family approves of the arrangement.

Plus, Asterix's stature as a national icon in France continues to grow, with theme parks, video games and feature films springing up on a regular basis. There was even the recent incident where McDonalds used him as a sponsor for their (now defunct) Happy Meals, thereby prompting a national outcry. But all of this is simply evidence that Asterix's value today lies more as intellectual property then in the production of new stories.

Incidentally, as a bizarre footnote, did you know that Uderzo's publishing company, Les Ãditions Albert RenÃ©, is actively threatening to sue any IT companies whose names end in "ix"? It's not unusual for companies to do so, since they often work with the Linux operating system, but Uderzo's lawyers are convinced that it's damaging the value of cherished brands like 'Asterix' and 'Obelix'. Doubtless Goscinny would have seen the funny side of that one; Uderzo, alas, does not. [Bulent Yusuf]

Jim Valentino is a man who deserves our thanks. Beginning his comics career in the late 1970s on various small press books, he became the most unlikely of the Image founders in 1992, when he left Marvel's GUARDIANS OF THE GALAXY title to found his Shadowline imprint as part of the loose collective made up of the other young bucks who had jumped ship with him. There he created Shadowhawk, the first HIV-positive superhero, and although he was less flashy than some of the other Image founders, he can be credited with one major achievement: turning Image into something other than an outlet for late books featuring poor anatomy.

The turning point for Valentino came in the late 1990s, when he was appointed as the head of Image as a whole. At his Image, books such as BONE and KABUKI found a home, and suddenly people began to take the funny little company with the gigantic sales seriously as a viable artistic concern. There was a downside to all of this, of course - while books such as INVINCIBLE and JACK STAFF were critically well regarded, the sales levels that Image had come to be famous for were just not achievable in the market at that time, especially not with a bunch of books that didn't feature people called BloodDeath or KnifeHawk beating each other up, gritting their teeth all the way.

The result was that Valentino stepped down as Image's executive director in 2003. Erik Larsen has replaced him, and while it's still early days yet, it appears that he may have taken Valentino's advances to heart and intends to continue running Image as a company that takes a chance on a non-mainstream title or two (certainly books such as Joe Casey's mental GODLAND bear this out). Valentino, in the meantime, is still active in comics, most notably as a member of the board of ACTOR. He's done a lot of good for comics; he's sure to do a lot more yet. 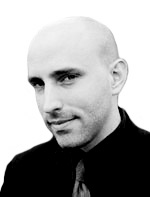 Brian K Vaughan never intended to be a comics writer, at least no more so than he wanted to be a screenwriter or playwright. He got his first taste of comics when he was given a copy of WATCHMEN as a gift to read on a road trip, and that may have sewn the seeds of his ambition, but there aren't many schools careers officers who have forms to fill out to apply to write FANTASTIC FOUR, so Vaughan came at being a comics writer by a circuitous route.

Joe Kelly had become a Marvel writer through being involved in what was known at the time as the Stanhattan project. This was a New York University program through which editors Mark Powers and James Felder sought out new talent for the Marvel writing pool, which had by that point overlapped so much with the editorial pool that there was danger of total eclipse. The following year, the Stanhattan project was run again for what was to be the final time, and young Brian K Vaughan, a double major in Film and Dramatic Writing, was in the class. One scripting assignment on the fairly crappy CABLE #43 later, Vaughan had set off down the path that would make him one of the most in-demand up-and-comers in comics today.

Vaughan is a bit of a dab hand at turning out stories with wildly varying tones from book to book - his angst-dripping SWAMP THING run may not be particularly well remembered, but his work on his creator-owned series Y: THE LAST MAN brought him firmly to the attention of the wider comics-reading populace. Work on two of Marvel's Tsunami imprint titles followed (the spy thriller MYSTIQUE and the teen super-team series RUNAWAYS), and from there the sky was the limit. A well-regarded run on ULTIMATE X-MEN and the launch of his second creator-owned series, EX MACHINA, have cemented his reputation as a go-to guy for solid entertainment.

A few annoying stylistic tics aside (the obligatory once-per-issue fact dump in EX MACHINA does seem slightly like a civics lesson in disguise), Vaughan's probably one of the best of the younger crop of writers working at the Big Two at the moment. With Y and EX MACHINA on set lengths of run, though, and with RUNAWAYS the only other ongoing title he's currently writing, it'll be interesting to see what his future plans may be.