On a journey back to his former home of Sheffield, Matthew Craig ponders the Morrisonisation of the DC Universe, boggles at the big city bookstore market, and gets a little editorial input from a fellow train passenger.
11 July 2005

Recently, I took a trip up to the northern city of Sheffield, to see two friends who are on the verge of becoming parents. Trips such as these are all about reconnecting with people I don't see often enough, but they're also a great chance for me to buy, talk and think about comics.

The train was packed, so I sat between carriages with a mother and her young daughter. Not wanting to make small talk, I set about drawing a little comic for my own amusement.

And that's when the questions began.

The little girl decided that not only was she going to draw all the feet for me, but also that she was going to ask me questions about every single picture.

This exchange went on for forty minutes and three stops, and by the time the child and her mother (so grateful for the break that she slipped me a tenner) disembarked, I had explained the whole premise of my story, start to finish, including all the major characters and their motivations. The child, for her part, had asked all the right and obvious questions (such as why the gun fired dead dogs instead of bullets), catching me completely off-guard. In being forced to examine my story in such forensic detail, I had also been forced to find ways to fix its flaws.

If only all editors were as smart and tenacious as this four year-old girl, we might never have had IDENTITY CRISIS...

Sheffield is a beautiful city. It's built on an undulation of hills, overlooking The Peak District National Park, and is a patchwork of industrial and post-industrial architecture. Trams thread the streets, and densely packed buildings reach up from the peaks and valleys of the city like sheer rock faces. There's a mild claustrophobia in the city centre that evokes the relentless rectangularity of Steve Ditko's New York and the urban grime of Will Eisner.

I stood at the tram platform at the back of Sheffield Train Station and marvelled at the model-villageness of the town. Never mind Gotham City: never mind bloody Latveria; how many comics might be hidden in this glorious storybook landscape?

My reading habits have changed a little in the last year or so. I no longer read everything with a Spider on the cover, having been driven away by the horrendous SINS PAST storyline and the top-down plotting that has thrown up such pearls as New Scorpion, New Venom, and Lee Harvey Oswald being called a martyr by Captain America. Instead of being sucked into the mÃªlÃ©e of the mega-crossover, I've opted for things with a stronger, even singular, creative vision. 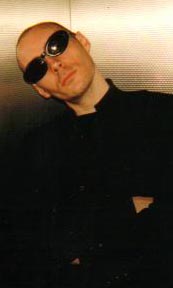 Chief among these has been Grant Morrison's delightful SEVEN SOLDIERS super-series. I've long been a fan of Morrison's work: his comics are mischievous to the point of dementia, his plots are usually well paced and clever, and his dialogue and wordplay often has me laughing out loud. In short, he's ace.

I was a bit worried, however, when I learned that Morrison was going to be placed in charge of a large-scale revamp of some of DC's more obscure characters. On one hand it's just more of the same magic, and the mental image of Morrison sitting on the living room carpet, gleefully thinking of ways to make Doll-Man work in the Post-Infinite Crisis DC Universe ('RealDoll' Man, perhaps?), certainly makes me smile.

On the other hand, the thought that some of these revamps will be franchised out to other writers - who might, in effect, be doing little more than following Colonel Morrison's recipe - sets my teeth on edge.

While I accept - nay, evangelise - the notion that lots of Grant Morrison comics is a good thing, I think it's far more important to maintain a plurality of voices. For one thing, the writers that would be required to ghost out Morrison's plots deserve better. And frankly, so do the readers: I would much rather read a Doll-Man revamp that sprung fully-formed from the knowledge, passions and worldview of Joe Everyhack than I would a grudging, fumbled attempt by Joe Everyhack to follow Morrison's plots without colouring outside the lines.

'Morrison's plots deserve better, and frankly, so do the readers.' Part of the problem, of course, is that both Marvel and DC are well into the process of clamping down hard on their respective universes. Tying every comic in the line to the plot of Infinite Crisis or the aftermath of House of M is great for the writers in charge, but it has to be pretty lousy for anybody hoping to be allowed to develop their own storylines. I can't help but feel that the looser Marvel Universe of the Bill Jemas years - while it produced its fair share of clunkers - was by far the better creative environment.

And while some people might see such things as cyclical - part and parcel of working in mainstream comics, and coming in and out of vogue over a period of years - I can't: the waxing and waning of the Moon is a cycle. The Ice Age is part of a cycle. Comics is a thing controlled by people, and it doesn't have to be a slave to historical inevitabilities if the people in charge don't want it to be.

But with more line-wide crossovers and special events already in the pipeline, and with such puissant creative forces as Grant Morrison at the heart of the machine, it seems certain that things will get worse before they get better, even if they do get better.

BACK ON THE STREET

When I lived in Sheffield, John Major's government was collapsing, Geri Halliwell was Britpop in a minidress, and Kurt Busiek's THUNDERBOLTS were tearing Usenet in half. I used to buy comics from a number of shops, all across Sheffield, and on my trip down Memory Lane (or even Eccleshall Road), I dragged my pal the expectant father around one for a browse.

This particular shop was and is very much of the old school: every inch of shelf space is crammed solid with back issues, old sci-fi novels, anime DVDs and even, I'm fairly certain, some old model kits. It's the kind of comic shop that most non-readers would turn their noses up at, but the fact remains that it was brilliant.

'These comics represent an important shift back into the youth market.' Of course, non-comics readers can now pretty much avoid the Android's Dungeons of the world - at least in the larger towns and cities. One thing that's struck me in the last few weeks has been the proliferation and diversity of comics within the larger chain bookstores. One such store I visited in Birmingham last month stocked recent and new releases from all the major mainstream and independent publishers, as well as having special displays tying into the BATMAN and SIN CITY movies.

But that's not all.

Digest-sized graphic novels and trades have started to make an appearance in some of the larger branches of WH Smith, the nationwide bookstore/newsagent chain. These collections are skewed towards the younger reader, and include such titles as KIM POSSIBLE, TRANSFORMERS, classic Marvel and other US reprints, alongside home-grown trades like Mysti (a magical romance comic aimed at the teen magazine crowd) and 4 ACES (a football comic that's more FOOTBALLERS WIVES than ROY OF THE ROVERS). Naturally, none of the bookstores in my hometown stock anything beyond a battered copy of David B's EPILEPTIC. So it's just as well I travel a lot.

These comics represent an important shift back into both the Young Persons' - and crucially, the Young Girls' - comic market. It's likely that upcoming TokyoPop titles such as COSMOGIRL will join this new wave in the future, ensuring that there will be plenty of quality material available for readers of all backgrounds.

Furthermore, because WH Smiths and its associated chains are everywhere - including places where the larger chain bookstores cannot reach - it means that long-form comics are once again on the verge of becoming accessible to all readers. And while simply making the comics and sticking them on the shelves is only half the battle, it's still far, far better than nothing.

It's all too easy to forget that comics is a real, tangible artform, produced by real, tangible people. The internet can sometimes fool you into thinking that the ninth art is as remote as the ninth planet. If my trip Oop North taught me anything, it's that all the manifestos and tubthumping in the (virtual) world mean nothing, compared to the quiet infiltration of our bookstores, and the utter joy on a little girl's face when she thinks she's helped you tell your story.