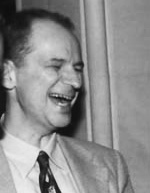 Being an inker is an incredibly thankless job. There you are, crouched over the drawing board, diligently adding shape and form to the faint pencil-lines of the artist, and yet nine times out of ten it's the penciller who gets sole credit for a job well done. All too often we forget that comics is a collaborative medium, and it's not just the writer or the penciller who makes them great. The accolades (and the brickbats) should be extended to the inker, the letterer, the colourist, and even the editor. If a single one of those components doesn't function like it should, then the whole thing can fall apart.

Klaus Janson, for example, is one of the best inkers in the business. He's worked with Gene Colan, Gil Kane, Carmine Infantino, Frank Miller, John Byrne, Bill Sienkiewicz - the list goes on and on. Yet he's never been given the same attention as his contemporaries, even after making the occasional switch from inker to penciller. This is patently ridiculous, because his style of inking (and pencilling) is immediately recognisable from a mile away; the frayed blacks, the taut body language, and the use of shadows to create mood. On his best days he can bring out a new dimension to the source material that the penciller didn't know was there.

His contribution to books like DAREDEVIL and THE DARK KNIGHT RETURNS, for example, are notable for lending some much needed discipline to Frank Miller's pencils and layouts. Miller was not a natural talent to begin with, and it was his good fortune to have been paired with Janson, giving him the chance to learn the essentials. Miller's lofty ambitions for cinematic layouts and choreographed fight sequences were made a reality thanks to the mentoring of a seasoned professional. After DKR the partnership was dissolved in a dispute over Janson's inks on the final chapters, but to be perfectly honest, Miller has never been as good without him.

Today Janson still regularly works in the industry, most recently completing a spectacular collaboration with John Romita Jr for twelve issues of WOLVERINE, but most of his energies are now focused on the School of Visual Arts and the Museum of Comic Art in New York City. He's also written several 'How To' books on inking and pencilling for DC comics. 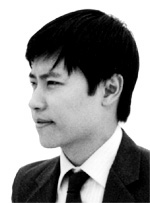 J is for Jean, James
b. ?
2002: FABLES; 2005: PROCESS/RECESS There's only one word to describe the work of James Jean, and that word is... Jeanius. A professional illustrator and cover artist, Jean hasn't done much in the way of good old fashioned comic book stories, but his covers for titles like BATGIRL, FABLES and GREEN ARROW have never failed to astonish and amaze. Blending the traditional skills of a draughtsman with the modern frills of computer design, his work is always colourful, vibrant and alive, a fluid line of energy that dances across your eyeballs and plays a conga on your brain.

Jean has only been a professional illustrator since 2001, but in 2004 he won his first Eisner Award for Best Cover Artist, and surpassed that achievement the following year with both an Eisner Award and a Harvey Award in the same category. If he sticks with the business, there's a good chance his shelves will end up lined with trophies. In addition to comics he's become a prolific contributor to many US publications, including the New York Times, Rolling Stone and Playboy.

My greatest fear is that Jean's talents will become too expensive for the humble world of comics, and he'll soon be lured away to ply his trade in another more 'respectable' medium. Most probably - whisper it - advertising. Unless some enterprising editor can shower him with money and compel him to stay, we'd best enjoy these fabulous covers while we still can.

On some internet message-boards he's known as Captain Yesterday, the writer who specialises in resurrecting old characters, concepts and continuity for a modern audience. Wizard magazine has named him 'Man of the Year 2005' - for pretty much the exact same reasons. There's no doubt that Johns deserves both these sobriquets - he's very skilled at his craft - but he's a good writer who could be even greater if only he would leave the past alone.

The first sign of his fascination with things past was JUSTICE SOCIETY OF AMERICA, a band of golden-age geriatrics with one foot in the grave. Together with James Robinson and David Goyer he repackaged them as a dynamic super-team with a new lease of life. Once Johns found this particular groove, he was given the go-ahead to re-launch TEEN TITANS. Here relatively new characters inhabited the familiar roles of Robin, Superboy, Wonder-Girl, Kid-Flash et al. Copious references were made to the Marv Wolfman/George Perez era of TITANS, together with the familiar formula of teen angst and superpowers, and the series sold out quicker than you could say '80s nostalgia'.

Until recently, the pinnacle of this longing for past glories was GREEN LANTERN: REBIRTH, where the character of Hal Jordan, former hero turned mass-murderer, was controversially rehabilitated into a hero once more. However, it wasn't long before Johns topped that one by bringing back the Earth-2 Superman in the DC crossover event INFINITE CRISIS. The reason for doing so, it appears, is for Golden Age Supes to help modern age spandexers to rediscover the meaning of heroism. If a pattern has become obvious by now, it's that Johns can't leave his stacks of musty old comics well enough alone.

The thematic keystone to his work is legacy. Where most writers are compelled to disregard certain historical aspects of a character - a wise move when faced with continuity baggage several decades old - Johns meticulously researches it, embraces it, and makes it a driving force of the story. Individuals who adopt the mantle of a long established superhero, like Wally West replacing Barry Allen in THE FLASH, are constantly made aware of the legacy they have inherited, a legacy they must respectfully uphold. Long-term fans derive some satisfaction from this approach because they feel their loyalty is being rewarded, but the drawback is that it alienates casual readers who aren't familiar with every little detail about the lives of these fictional characters.

Another consequence of Johns' writing is that it offers readers the illusion of change when in fact nothing has changed at all. When you're constantly looking backwards, new character development or new fictional horizons are left unexplored. This is a boon for editors and publishers, who dislike risks and would be perfectly happy if their intellectual property remained preserved in amber for time immemorial, but readers are short-changed because they're investing their emotions in stories that are going nowhere. Johns is like a gardener who strives to cultivate a beautiful bed of flowers but omits to plant any new seeds.

However, Johns does know how to pace a story, and how to fill them with suitably dramatic conflicts, and often ends an issue on a nail-biting cliffhanger. This is most clearly evident in his five-year run on FLASH, and his creative use of the Scarlet Speedster's gallery of rogues. These skills came from a period early in his career working for Richard Donner, who directed SUPERMAN and the LETHAL WEAPON series of films.

Film critic David Thompson once wrote of the director, "Mr Donner has made several of the most successful and least interesting films of his age. And one doubts it's over yet". But as far as Johns is concerned the lessons that Donner imparted about sequential storytelling were invaluable.