Comics are full of heroes and villains - on the page and behind it. Bulent Yusuf looks at the acclaimed THOR visionary Walt Simonson, the controversial CEREBUS creator Dave Sim, and the man behind SECRET WARS and the New Universe, Jim Shooter.
17 April 2006

That's quite an achievement Mister Sim, writing and drawing a 6,000 page graphic novel. But, er, how shall we put this; about 3,000 pages of it are drivel. Not just any old drivel, but misogynist drivel of the most offensive kind. The fact that you used self-publishing as a platform for your views is all well and good, but don't be surprised if no one cares to listen.

It was all going so well. Starting out as a funny-animal tribute to Barry Windsor Smith and Conan the Barbarian, CEREBUS evolved into a highly sophisticated satire on politics and religion, with a healthy dollop of Marx Brothers slapstick thrown in for good measure. The title became a leading light for independent comics, and proved what could be achieved if one was prepared to work outside of the system. Sim would travel from convention to convention, preaching the gospel, and did his utmost to support other self-publishers.

And then, with issue #186, he published a rambling essay claiming that men were "lights" and women were "voids", and the reaction was overwhelmingly negative. This only drove him further into his controversial philosophy, and several more essays were written where his targets expanded to include left-wing liberals and materialism (from the man who arrived at conventions in a chauffeur-driven limo). Yes, it was all going so well, and then it all went so wrong.

CEREBUS completed its scheduled publication in March 2004 with issue #300, featuring the death of the aardvark in ignoble circumstances. Alas, the title had effectively died a long time previously. The first six storylines ? especially HIGH SOCIETY, CHURCH & STATE and JAKA'S STORY ? are still required reading for any self-respecting fan of the medium, but the rest can be taken with a pinch of salt. 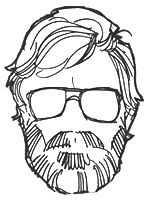 Every so often, a second-string superhero character is paired with a supremely gifted writer or artist, and the two become inexorably linked forever more. DAREDEVIL will always be associated with Frank Miller, likewise SWAMP THING with Alan Moore. For THE MIGHTY THOR, it's Walt Simonson.

Now, this isn't always a good thing. It can take years, perhaps even decades before the character can escape the shadow of the person who made them great. It can be safely said that THOR has never escaped that shadow, so momentous was the work that Simonson put into the character. Not a single person who has worked on the thunder god before or since has escaped comparison, and they've all been found wanting.

Fortunately for us, the entire run is still available in trade paperback, and you're strongly urged to rush out and buy them. Simonson was given carte blanche with the character; he stripped away the extraneous baggage that had caused stagnation and took him back to his roots in Norse mythology. He crafted a series of cosmic epics in the dynamic Kirby style, and took quirky risks like transforming Thor into a frog. He also introduced the cult character of Beta Ray Bill, a horse-faced alien warrior who unexpectedly proved worthy enough to wield Mjolnir, the hammer of Thor.

Simonson has done other stuff, notably the MANHUNTER saga with Archie Goodwin and X-FACTOR with his wife, Louise Simonson, but THOR is the one to check out. This is superhero entertainment of the highest calibre, even twenty years after it was first published.

They called him 'The Richard Nixon of Comics', a witty sobriquet to describe his former status as the most hated man in the industry. That mantle has since passed on to one of his most vocal detractors, John Byrne, but the stigma remains to the extent that Jim Shooter, a driving force in American comic books in the 80s and 90s, has been left out in the cold for the better part of a decade.

Shooter first broke into the industry at the tender age of 13, selling stories to DC for the LEGION OF SUPERHEROES. Skip ahead a decade or two and he succeeded Archie Goodwin to become the ninth editor-in-chief of Marvel Comics, between 1978-87. This was an important period for Marvel, marked by a series of excellent innovations, but also a 'take no prisoners' approach from Shooter that risked the ire of staffers, Shooter's corporate overlords, and the fans.

During his tenure there were definitive runs on several major Marvel characters, including Frank Miller on DAREDEVIL, Chris Claremont and John Byrne on UNCANNY X-MEN, John Byrne on FANTASTIC FOUR, and Walt Simonson on THE MIGHTY THOR. He offered these creators considerable editorial support, but also insisted on strict adherence to continuity, and in the process helped to elevate failing or second-string characters into their greatest glories since the halcyon days of Lee, Kirby and Ditko.

Perhaps the height of Marvel's commercial success was the bestselling SECRET WARS limited series, a cleverly marketed crossover in response to DC Comics' CRISIS ON INFINITE EARTHS and written by Shooter himself. It was cleverly marketed because a mysterious time-lapse was introduced into Marvel continuity, a period of several months where the superheroes disappeared from Earth and reappeared several months later with subtle (Hulk had a broken leg) and not so subtle (Spidey's black costume) changes. Readers were encouraged to read SECRET WARS to find out what happened, and DC has since adopted the gimmick for their 'one year later' rollout after INFINITE CRISIS.

Shooter also created a series of imprints and licensed comics under the Marvel umbrella, including creator-owned work at Epic comics, the Marvel Graphic Novels line, and the kiddie-friendly Star comics. The licensed comics encompassed TV and movies, as was the norm, but also exploited the lucrative toy market by establishing long-running series based on TRANSFORMERS, GI JOE, STRAWBERRY SHORTCAKE and ROM, THE SPACEKNIGHT.

Another industry development that Shooter was keen to explore and support was the direct market. He argued that comic distribution would have to abandon the newsstands and shift into direct market outlets in order to survive its dwindling circulation figures. This would be a specialised retail environment where the product was marketed with better care than a spinner rack in the local Kwik-E-Mart. To do this, Shooter released a series of exclusively direct-market titles like DAZZLER and POWER PACK that enticed readers into the strange new world of their local comics shop. Eventually, it came to pass that Marvel and their competitors shifted the entirety of their output into the direct market.

The consequences of this distribution shift have been huge. On the one hand, we have a situation where the American comics industry is now considerably isolated from mainstream outlets, readers and sales have continued to dwindle, and die-hard fanboys are the only source of regular income. On the other hand, a direct market allowed for creative voices outside of the big two to flourish, where self-published titles like CEREBUS, ELFQUEST and TEENAGE MUTANT NINJA TURTLES found an appreciative audience that didn't exist on the newsstands.

But Shooter's tenure was not without its failings. Shooter came to be regarded as a conservative influence on the industry for his refusal to drop the Comics Code from the titles, and for his entanglement in Jack Kirby's long running dispute with Marvel over creative rights and the return of original artwork. These were corporate rather than editorial decisions, but because of his position Shooter was required to defend them, and in the process was demonised by the fans and the press.

Clashes with the staff over excessive micro-management led to many defections to DC comics, most publicly when John Byrne left FANTASTIC FOUR for SUPERMAN. Shooter also failed to capitalise on any of the emerging talents from the UK - ironic when considering that Marvel UK, under Dez Skinn, had steadily developed a pool of gifted writers and artists like Alan Moore, Jamie Delano, Alan Davis and David Lloyd.

And then there was the New Universe. Designed to celebrate the 25th Anniversary of Marvel Comics by creating a set of new characters based in a more 'realistic' world, the whole enterprise was dogged by a lack of resources and an unfounded rumour that one universe going to replace the other. This was unfortunate, since the whole line had a great deal of potential. Most interesting of the bunch was THE STAR BRAND, a Green Lantern archetype written by Shooter himself and containing a number of semi-autobiographical elements.

When the New Universe failed, Shooter was blamed and unceremoniously ejected from the editor's chair. Legend has it that John Byrne greeted the news by having a barbeque at his house and burning an effigy of Shooter made out of unsold New Universe titles. Byrne was asked to take over writing and pencilling duties for THE STAR BRAND, and the first thing he did was nuke Pittsburgh, Shooter's place of birth. It was an act of supreme childishness; he took a wrecking ball to the characters, story and setting just to spite the man who created them.

Shooter bounced back with Valiant Comics, a new line of titles combining two old Gold-Key characters, MAGNUS, ROBOT FIGHTER and DOCTOR SOLAR, with a number of new characters and concepts like HARBINGER and X-O MANOWAR. These comics were a huge hit with readers, fostering a tight continuity across the whole line, and their scarcity kick-started the speculator boom of the 1990s. Alas, Shooter was again ousted when his financial backers wanted to sell the company to capitalise on their investment. The line was eventually bought out by Acclaim, who created a number of games based on the comics, but both Acclaim and Valiant have since gone bankrupt and disappeared from view.

He tried several more times with new comics lines, each with diminishing returns, until he gave up comics altogether to work as a creative consultant for Phobos Entertainment, a publisher of science fiction and other multimedia.

It's interesting to note that after he was sacked from Marvel, Shooter led a consortium to buy out the publisher, but was outbid at the last moment by a corporate raider. This moment perhaps signifies one of the greatest 'what ifs' in the company's history. Under his continued guidance Marvel might never have gone bankrupt, might never have exploited their intellectual property for short-term commercial gain, might never have reached the stage where licensing became the company's sole concern. Instead, Shooter languishes in limbo, hopping from one failed business venture to another. It's a terrible loss for the industry.