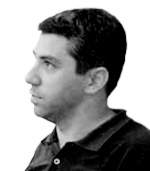 When Jim Shooter started Valiant Comics in the early Nineties, he paired veteran writers with unproven artists in order to circumvent the limitations of a small budget. David Lapham was one of those newbie artists, an inexperienced kid who suddenly found himself in the eye of the hurricane when Valiant titles, particularly HARBINGER, became highly sought after in a market driven as much by profiteering speculators as by the enthusiasm of readers. In hindsight it seems quite silly; the book wasn't particularly good; the plot was a cheap X-MEN knock-off; and the artwork was merely pedestrian.

When Valiant collapsed, Shooter tried again with Defiant Comics, and he collaborated with Lapham on WARRIORS OF PLASM. The concept of this book was a bit better, but the real standout was the art, depicting a fully realised alien world with all its gaudy costumes and weird landscapes. Lapham's style seemed to have changed overnight from a rigid Bob Layton clone into something more fluid and dynamic, in the style of John Romita Sr.

Alas, Defiant Comics also went bust, and Lapham went into business for himself in the independent sector. He started up El Capitan, and began publishing a small-town crime melodrama called STRAY BULLETS, which he wrote, drew and lettered himself. Again, his style was looser and more expressionistic, and Lapham also revealed he had a gift for scripting and plotting. The book has won several Eisner awards over the years, but is published on an irregular schedule, due to Lapham's other commitments. Lapham has recently sought more mainstream work with both Marvel and DC, doing a twelve-part story in DETECTIVE COMICS and a DAREDEVIL/PUNISHER mini-series for Marvel.

It's a great shame that both Valiant and Defiant didn't survive the boom and bust of the 90s, but it's some consolation to know that their most enduring legacy was not high speculator prices or the creation of 'new universes'. It was giving young hopefuls like David Lapham the chance to break into the business, and seeing them flourish and go on to even greater heights. 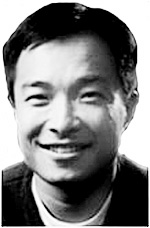 This gentleman deserves a hearty slap on the back and drinks bought for him for an eternity, but not for the reasons you might think. Jim Lee's fame, fortune and reputation rest upon his skill as an artist, but to be bluntly honest, it's a reputation that is entirely undeserved. His style is little more than bombastic poses, excessive cross-hatching, and extreme close-ups of tits and ass. He hasn't got the faintest clue about proper sequential storytelling, and yet for some inexplicable reason his comics sell in greater numbers than HARRY POTTER and THE DA VINCI CODE combined. That's a gross exaggeration, but you get the point.

It was whilst working on UNCANNY X-MEN with Chris Claremont and then solo on X-MEN that Lee developed such a rabid following, a hysteria that grew when he and his fellow 'superstar' artists Rob Liefeld, Todd McFarlane and Erik Larsen broke away to form Image comics. Their collective output was pure excrement, and continued to stain the comic racks for more than a decade until the major players went their separate ways. More recently, Lee has produced year long stints on both BATMAN and SUPERMAN, and is now working on ALL-STAR BATMAN AND ROBIN with Frank Miller. It's too early to judge, but so far this latter series has all the makings of a critical disaster thanks to the over-the-top scripting and equally histrionic visuals.

But to Lee's credit, he had the foresight to parlay his success into the creation of WildStorm Studios (now owned by DC Comics), a publishing imprint with an excellent track record for producing quality comics by cutting-edge professionals. Titles like THE AUTHORITY, PLANETARY, SLEEPER, EX MACHINA, and of course, Alan Moore's ABC comics line all originated at the WildStorm stable.

Marvel and DC would never have greenlit these books because their tone and subject matter was too risky. But it is this exact quality of risk-taking and experimentation that mainstream comics badly needs, and the influence of WildStorm's most popular comics has since filtered outwards in ways both obvious and subtle. The 'widescreen' storytelling from THE AUTHORITY was fashionable for a while, but with EX MACHINA and SLEEPER there's also a small undercurrent of maturity and complexity that's being reflected in unexpected places like GREEN ARROW or CAPTAIN AMERICA.

For all of this we have Jim Lee to thank. If he continues to be as generous in promoting and supporting his fellow writers and artists, then he can keep on drawing gratuitous shots of tits and ass for as long as he likes. 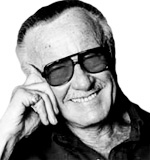 With artists Jack Kirby, Steve Ditko and Don Heck, Stan Lee created the Marvel media empire we know today with little more than paper, ink, and the powers of their imaginations.

In the early 60s the comics industry was on the verge of collapse, panicked by a backlash against EC horror comics, and forced to adopt a regulatory comics code that was witheringly decent and boring. It was within these restrictions that titles like FANTASTIC FOUR and AMAZING SPIDER-MAN were produced, which married soap-opera plotlines to dynamic artwork and far-flung science fiction.

These flawed characters quickly found an audience among the baby-boomers, and with the addition of heroes like the revamped Captain America, the Incredible Hulk and Doctor Strange, they ushered in the Marvel age of comics. The hundreds of stories that Lee, Kirby, Ditko et al cranked out have since become the stuff of legend.

The precise apportioning of credit for key characters and concepts is hotly contested because of the 'Marvel style' of working, where writer and artist would agree on a plot, the artist would go and draw it, and the writer would add the dialogue afterwards. This was done to speed up the production process as the number of titles grew. It can honestly be said, however, that Lee is the heart and soul of Marvel Comics. The artists might have designed the costumes and whatnot, but it was Lee who gave them life, who gave them distinctive manners of speaking, thinking and feeling.

There were many landmark stories written by Lee, but the most important in terms of comics censorship were the anti-drugs issues published in SPIDER-MAN #96-98 (1971). The Comics Code Authority strictly forbade the depiction of drugs, but Lee felt so strongly about the subject that he insisted it be published without CCA approval. This was a pivotal moment that led to a relaxing of the code and its eventual diminishment as the de facto censor of the industry.

In his later career, Lee withdrew from the operational side of the comics themselves but stayed on as a figurehead, doing promotional tours and interviews whenever occasion demanded. His public persona is that of a lovable huckster who speaks in elaborate (and alliterative) turns of phrase. He's also made silly cameos in various movie adaptations of Marvel properties, the first of these being in X-MEN (2000), where he played a hot-dog vendor. Behind the scenes, however, there has been some strife between Lee and Marvel, with Lee suing the company for a share of its licensing profits. The case was settled privately in 2005 for an undisclosed amount.