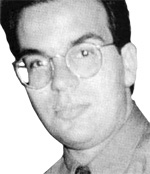 Not a particularly gifted writer, but a perfunctory one, Fabian Nicieza scripted a great many Marvel titles in the early 90s, especially ones concerning those merry band of mutants, The X-Men - and they sold in respectable numbers during his reign.

But considering the inexplicably rabid fanbase for anything X-related, Nicieza could have written an issue where the Beast scrawled hideous profanities on the pages of the Bible using his own blue furry poo and it still would've sold in the high thousands. Unfortunately, he never did write that story, or anything that might have stirred controversy. Nicieza might best be characterised as a safe pair of hands.

Nicieza left Marvel in the mid 90s to become vice president and editor-in-chief of Acclaim Comics (formerly known as Valiant comics). He tried his best to push the company to the fore, and the company even hired some decent writers and spawned a couple of decent videogames based on their intellectual property, but ultimately it was a 'Valiant' failure.

Nicieza is currently riding a wave of nostalgia for the 90s, and is currently behind a series teaming up two characters that once best embodied the creative bankruptcy of that era, Cable and Deadpool. At the same time, demonstrating a crazy contradiction that perhaps only he can understand, Nicieza is also scripting NEW THUNDERBOLTS, one of the few Marvel titles on the shelves featuring any hint of an original concept and decent storytelling. 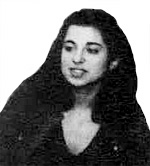 Following hot on the heels of an acclaimed run in comics is no easy task. Ed Brubaker will learn this lesson when beginning his tenure on DAREDEVIL after Brian Michael Bendis. But he could always follow Ann Nocenti's example, as it was Nocenti who became the regular writer on the same title immediately after a seminal run of stories by Frank Miller and David Mazzuchelli.

Without putting too fine a point on it, Nocenti hit the ground running like her ass was on fire. She understood the character of Matt Murdock completely, and wrote with a voice that was both distinctive and impressionistic, and often overtly political.

Initially setting the stories in New York City, Nocenti decided to take Daredevil outside of his familiar context and made him hitchhike across America, the impetus being a psychological trauma at the hands of one of his enemies, Typhoid Mary. As he travelled he constantly ignored his troubled state of mind and focused on the details of his day-to-day existence, but he was repeatedly drawn into conflicts that required his intervention. This gave rise to a series of outstanding tales about - among other things - animal rights, genetic engineering, nuclear war and alcoholism, all of them drawn by John Romita Jr with his usual verve and style.

Of these, one of the best was an early single issue were DD puts a noose around the neck of a loan shark and whacks the chair legs with his billy-club to frighten him. Entirely unmoved by the terror of his victim, Daredevil's emotional isolation is clearly compounded. For the duration of her run Nocenti documented the gradual stages of Murdock's return to humanity. This culminated in a metaphysical battle in hell with Marvel's equivalent of Satan, Mephisto, complete with guest appearances by the Silver Surfer and the Inhumans.

Of course, introducing politics into mainstream comics is bound to draw criticism. As Nocenti states in a 1998 interview: "I remember after a Captain America story we got a letter that said 'Get the commie off the book'. We had a big laugh about that one... I also remember once I wrote a NEW MUTANTS story about media conglomerates, and the higher powers at Marvel got wind of it before it went to press and cut the print run (uncomfortable with the fact that they were the very thing that I was critiquing)."

After she left DAREDEVIL in 1991, Nocenti wrote more mature fare for the Vertigo imprint, most notably KID ETERNITY, before dropping out of the comics industry entirely. She was one of many caught in the boom and bust of the late 90s, where sales figures collapsed, companies went bankrupt, and scores of titles were cancelled. Today she is the editor of cannabis magazine HIGH TIMES, the publication of choice for high-minded readers. Despite the occasional foray into comics, she shows no sign of resuming her former career full-time.

An interesting footnote, however, is her involvement in the creation of a character currently being adapted for the big screen; "A few years ago I was hired to write a treatment and first issue for a comic called THE DARKNESS for the cats at Top Cow. They used my work, but never paid me, never credited me. That experience turned me off to comics quite a bit, and I'm afraid stories like that are typical of the business these days."

One suspects that Nocenti may be on the phone to her lawyers pretty soon.

A cartoonist and commercial artist, Nodell is best known as the creator of the golden age GREEN LANTERN. According to an interview he gave in 2000, he sought freelance work with All-American Comics (a subsidiary of DC) in 1940, and they sent him away with a brief to create a new superhero.

Whilst brainstorming ideas on the subway home, he observed a signalman on the subway using a green lantern to indicate that the tracks were safe and clear. Taking this as a starting point, Nodell then referred to Wagner's Ring cycle, an epic opera about a prince and his ring of power. These ideas came together to form a dashing superhero in green tights, roman sandals, a red jersey and a swirling cape.

DC were impressed by the character, and paired Nodell with writer Bill Finger to further develop the character. Finger would later add several significant concepts, including Green Lantern's ability to use the ring to form any objects he could visualise, and also the power to manipulate inanimate materials (except for wood, which was the one weakness of his ring... stop giggling in the back).

Nodell left DC to work at Timely Comics under Stan Lee for a brief period, but then left the comics industry for good in the late 1940s. Noting the prejudice against comic books even before Frederic Wertham and his SEDUCTION OF THE INNOCENT, Nodell sought work in the more respectable advertising industry. Establishing himself as an art director for several prestigious clients, he created several more iconic characters, including the Pilsbury Doughboy and the Kellogg's cockerel.

Today, Nodell is a regular of the comics convention circuit, where he is regarded with much awe and respect by enthusiasts of the Golden Age.